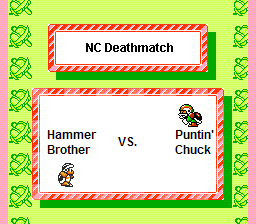 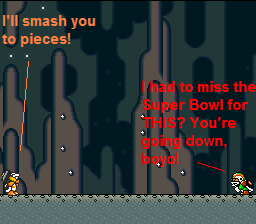 Poser: It took us quite a while to locate Puntin' Chuck.
Orlando: Turns out he has as many brothers as there are sports... and for some reason, he only can be found in the darkest caves... 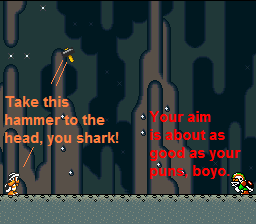 Poser: And Hammer Brother's hammer goes... flying off into the distance!
Orlando: But this opens him up to a kicked football! Just what was he thinking? 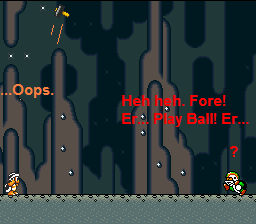 Poser: And Chargin' Chuck is unable to think of the right words!
Orlando: Good thing he isn't on Don't Forget the Lyrics, or he would have lost right here! 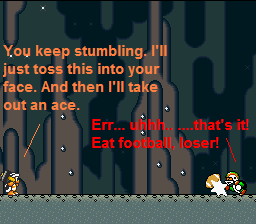 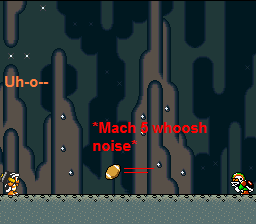 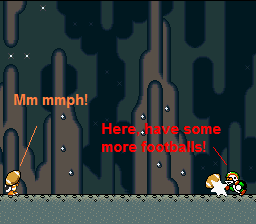 Poser: Oooh, that's gotta hurt.
Orlando: Or does it? 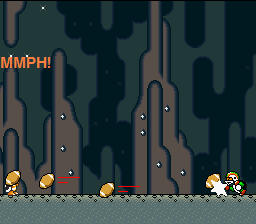 Poser: It looks like a landslide, Orlando! This match could be over right now!
Orlando: I don't think so, Poser. He could always come back. 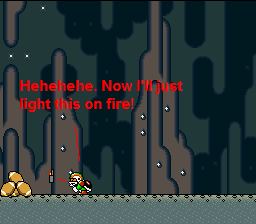 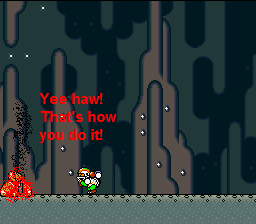 Poser: It's over, Orlando!
Orlando: No it isn't! Hammer Brother will rise up from the ashes! 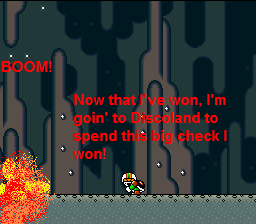 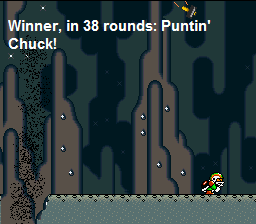 Poser: Wait a minute, what's that? 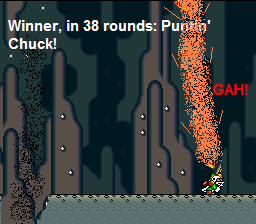 Orlando: I told you so! 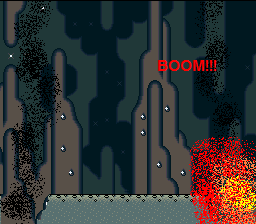 Poser: But who wins now?
Orlando: Well, Hammer Brother was defeated before the end, and his hammer stayed in play. Chargin' Chuck was declared a winner but then was defeated moments afterwards... 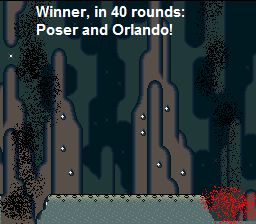 Poser: This should do...
Orlando: Woo! I'll be able to afford hot meals again! Poser: Thanks for watching the first Deathmatch in years, NC fans. Don't worry--more Deathmatches will come in the future!
Go back to NC